Ezra Levant's book, The Libranos: What the media won't tell you about Justin Trudeau's corruption, was a number one bestseller in the leadup to the 2019 Canadian federal election. The book, one of numerous written during the time period, was also the number one target of Justin Trudeau's elections commissioner. The only book chosen for prosecution was the one book critical of Justin Trudeau.

Two former counter-terrorism specialists with the RCMP interrogated Ezra Levant over the book, something that was captured on hidden video. It came as no surprise that Trudeau's elections commissioner found Ezra Levant guilty of writing an “illegal book” — but things have taken an even more ridiculous twist.

The elections commissioner has found Ezra Levant worthy of a second conviction. Strange how it's only the author critical of Justin Trudeau who gets a two year (and counting) investigation into his book. You can see the new decision below.

On last night's episode of The Ezra Levant Show, Ezra explained this story to Rebel viewers and how it seems awfully convenient that the commissioner waited until now, seemingly just a few short months before an election is called, to dish out this second conviction:

Trudeau’s elections commissioner waited until now, weeks before this year's election is called, to convict me again. I think he’s trying to send me a message, not to criticize Trudeau during this next election.

Hey — do you think I’m going to obey him?

He says my book is illegal. He says I’m not allowed to write a book that criticizes Trudeau, during an election campaign. He says that makes it the same as a political party ad, and so I have to register my book with the government, and I can’t promote my book, because that’s campaign ads.

Ezra Levant, with the help of Rebel viewers, plans to appeal this decision — all the way to the Supreme Court of Canada, if need be — in an effort to attempt to stop this censorship before it goes even further with the Liberal government's tailing a pair of new bills aimed at silencing criticism.

This monologue is a special release for Rebel News viewers. Full episodes of The Ezra Levant Show air Monday–Friday at 8 p.m. ET/6 p.m. MT for subscribers to RebelNews+. 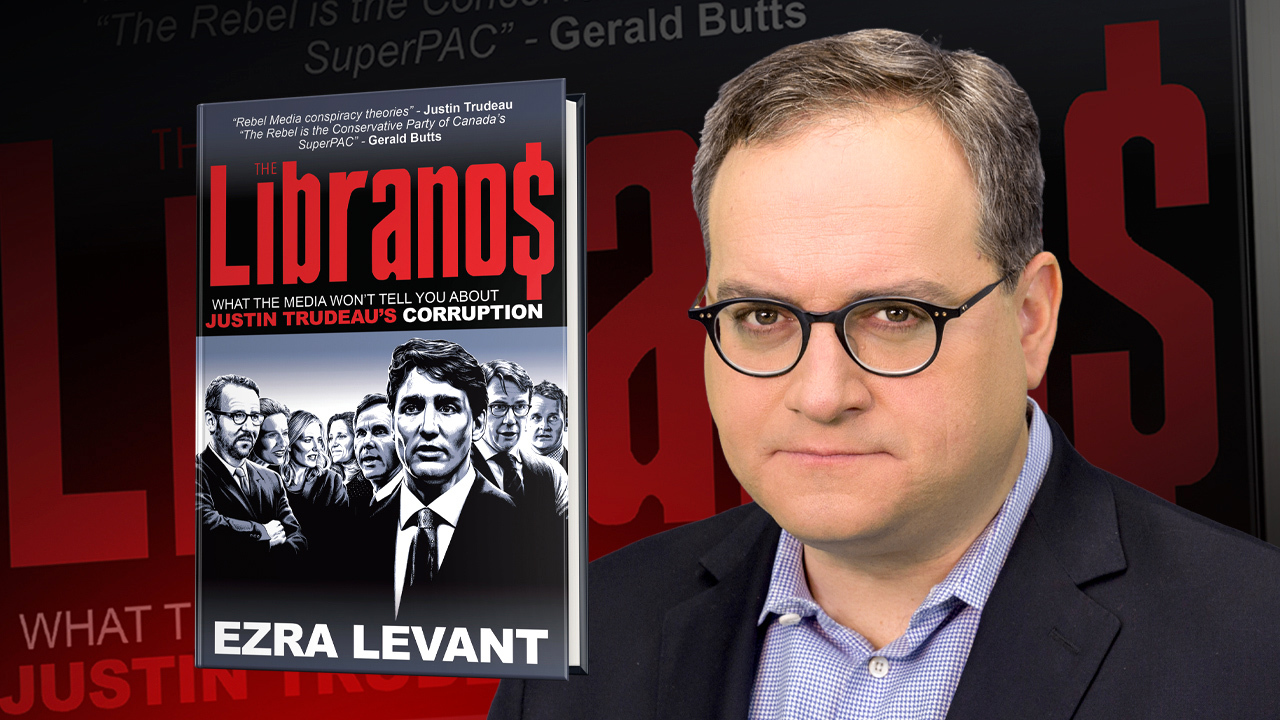